This is Boomplay: the number 1 streaming app in Africa, putting the continent’s sound on the map. 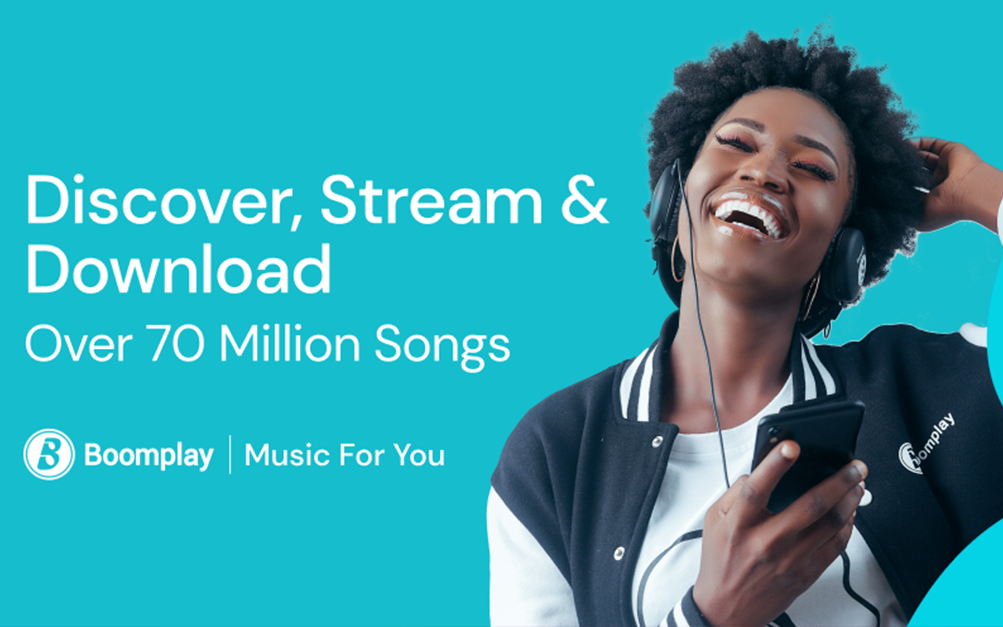 Meet Boomplay – the #1 music streaming app in Africa with over 70 million Monthly Active users and 75 million songs, and has practically eclipsed every other streaming platform on the continent. This is probably because their major focus has actively supported, uplifted, and backed a host of local scenes in various countries.

Africa holds the flag for the fastest-growing music market after Latin America, and Boomplay focuses on empowering the African music ecosystem to unlock its potential. And it has been doing so via a regular slew of live events, launching its very own Award Show, a Buzz section to keep track of all the latest entertainment news, not to mention boasting the most extensive African music catalogue in the world with over 75 million songs and counting. Oh, and Boomplay’s monthly ad-free subscription is only  USD 3.50（59ZAR）per month, making it the most economically accessible streaming platform.

If I’m being honest, the cost point is perhaps the most valuable cog in Boomplay’s system. Directly grappling with the rife piracy of music within Africa, primarily due to a lack of affordable streaming services, Boomplay has flipped the switch with their freemium membership, which, while not ad-free, still allows for offline listening of selected content.

But the real kicker here is that Boomplay has jumped on one of the biggest untapped musical goldmines in the world. Africa’s vibrant and somewhat elusive music scene has only recently begun expanding beyond the continental borders, and Boomplay’s goal is to keep this ball rolling.

While its major rollout has been across Nigeria (where it was launched in 2015), Ghana, Kenya, Tanzania, Cameroon and Cote d’Ivoire, Boomplay is expanding into Sub-Saharan Africa and down South, too – and South Africa is a hot topic on the map.

Amapiano is our claim to fame when it comes to the continental game. Boomplay’s 2021 wrap-up highlighted the genre as a significant influence to sound across the rest of Africa, and while DJ Maphorisa topped the 10 Most Streamed South African Artists list last year, “Umsebenzi Wethu” by the late Mpura and Busta 929 featuring Lady Du, and Zuma & Reece Madlisa took home the proverbial prize of most-streamed South African track across Spotify, Deezer and Apple Music too.

Boomplay is fast poking fingers into all the pies, and Universal Music Group has been pivotal in their swift expansion. The streaming service first inked a deal in 2018, and UMG became the first major global music company to license music to the streaming service. UMG has had its feet sunk deep in the South African scene for a while, so this deal only looks to strengthen ties.

Another major game-changer for Boomplay was a recent deal struck with South African media marketing company Entravision 365 Digital. The partnership, announced in early March, will see 365 Digital represent Boomplay for all advertising sales and account management in SA.

Watch this space in the months to come – given the economy of Boomplay, the accessibility to underground South African artists who aren’t featured on other major streaming platforms, as well as the thriving Amapiano and hip hop scene, which is essentially driving SA’s music output at this point, Boomplay is about to hit the ground running here.

We use cookies on our website to give you the most relevant experience by remembering your preferences and repeat visits. By clicking “Accept”, you consent to the use of ALL the cookies.
Do not sell my personal information.
Cookie SettingsAccept
Manage consent